David Barry Gaspar, Professor of History at Duke University, is the author of Bondmen and Rebels, co-editor of More Than Chattel, and author of many articles about the African diaspora.

David Patrick Geggus, Professor of History at the University of Florida, is the author of Haitian Revolutionary Studies (IU Press) and Slavery, War, and Revolution. 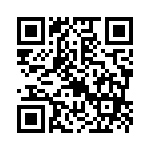