Adam Barkman is professor of philosophy and chair of the Philosophy Department at Redeemer University College. 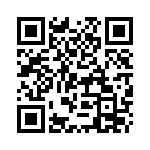