Ever the optimist, psychologist Steven Pinker posits that the world is getting better, not worse in this very long (almost 900pages) book He is certainly correct in that we no longer burn witches at ... Read full review

Steven Pinker is one of the world's leading authorities on language and the mind. His popular and highly praised books include Words and Rules, How the Mind Works, and The Language Instinct. The recipient of several major awards for his teaching and scientific research, Pinker is Peter de Florez professor of psychology in the department of brain and cognitive sciences at the Massachusetts Institute of Technology. 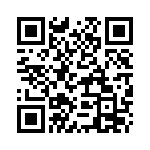