In this book by Dr. Louth there is finally a definitive scholarly work in English on both the life and the works of St. John of Damascus. Dr. Louth’s breadth and depth of learning is evident on every ... Read full review

Andrew Louth is Professor of Patristic and Byzantine Studies, University of Durham, and General Editor (with Gillian Clark) of Oxford Early Christian Studies 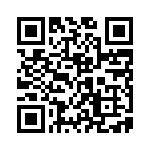