Page 23
Name Page Date of in the the Ro Parliaturn ment Constituency 495 1640 Sir Edward Baynton , knt . Chippenham Borough Edward Bainton , esq . , of Bromham , Co. Wilts Devizes Borough 531 1661 Thumas Monpesson , esq . , of Little Bathampton ...
Page 104
The education at King Edward's School to include the rudiments of the Latin language , and Greek if required , French , Arithmetic , Mathematics , Physical Science , and such kinds of general instruction as would fit a boy for ...
Page 520
EDWARD SEYMOUR , DUKE OF SOMERSET : 1536 —1552 . At the time of his father's death , Edward Lord Beauchamp ( to give him the title by which he was then known ) had already advanced far in his public career .

38 other sections not shown 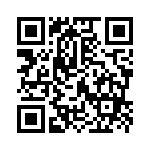