Though I only "liked it," I think four stars is a more appropriate rating because I can imagine that I might have "really liked it" had I read it earlier in my life. It certainly has its powerful ... Read full review

What a fantastic book! It's sad, comic, coarse, subtle, and brilliant, written in blood; and the language is vibrant, hyperbolic and colourful! Looking forward to reading his other books. "Side by ... Read full review 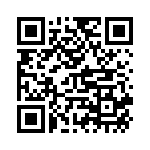