Page 44
Lohenstein's ponderous novel in four volumes , “ Arminius and Thusnelda , " which appeared in 1689 , was in respect to form and style the most complete that Germany had as yet produced . But in originality , in humour , in pictorial ...
Page 147
About that time a notice appeared which informed the travelling public that “ All that are desirous to pass from London to York , or from York to London , or any other place on that Road L 2.
Page 729
“ Mrs. Jones , ” he began , as his landlady , in answer to the summons , made her appearance , “ I find that I am obliged to make some alteration in my plans , and instead of going into Essex I have to go abroad , so that instead of ... 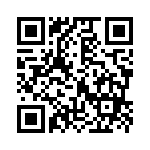