Stephanie Hemelryk Donald is professor of Chinese Media Studies at the University of Sydney, where she researches the politics of media culture, and the intersection of social history and visual media. Her Public Secrets, Public Spaces (2000) analyses the relationship between political change, civil society, and film in the 1980s and early 1990s in China. Little Friends (2005) discusses postrevolutionary filmmakers and children's socialization. Tourism and the Branded City: Film and Identity on the Pacific Rim (2007) takes an interdisciplinary view of urban histories and visual identity. The State of China Atlas (3rd ed. 2009), Media and China (co-edited with Michael Keane, 2001) and Picturing Power (co-edited with Harriet Evans, 1999) are well-used texts in tertiary courses on China and visual media. Current research looks at middle-class emergence in the PRC, mobile-phone use among young people, and the aesthetics of the poster in China.

Eleonore Kofman is Professor of Gender, Migration and Citizenship and Co-Director of the Social Policy Research Centre at Middlesex University. Her research interests are in gender and migration in Europe, especially family and skilled migrations; cosmopolitanism, multiculturalism and migration; and feminist political geography. She is co-author of Gender and International Migration in Europe: Employment, Welfare and Politics (2000) and co-editor of Mapping Women, Making Politics: Feminist Perspectives on Political Geography (2004), Henri Lefebvre: Selected Writings (2003) and Globalization: Theory and Practice (3rd edn 2008).

Catherine Kevin completed her PhD at the University of Sydney and is currently a lecturer in Australian History at Flinders University, Adelaide, South Australia. Her key research interests are histories of Australian reproductive medicine, reproductive politics, feminist theories of the body, Australian feminism, Italian immigration to Australia. Works in progress include a monograph entitled Great Expectations: A Political History of Pregnancy in Australia (since 1945) and the editing of a collection of essays called Feminism and the Body, Interdisciplinary Perspectives. Recent publications include ‘Looking Out For Girls: A Feminist Reading of Kate Shortland’s Somersault’; ‘Subjects for Citizenship: Pregnancy and the Australian Nation, 1945-2000’; ‘Forming Families on the Reproductive Frontier’; ‘Maternity and Freedom: Australian Feminist Encounters with the Reproductive Body’; and the book A History of Italian Settlement in New South Wales (1999), co-authored with Roslyn Pesman. 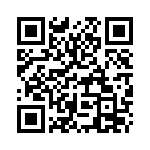