Final Wicket – A Labour of Love Final Wicket by Nigel McCrery follows on from his previous books In To Touch and The Final Season: The Footballers Who Fought and Died in the Great War. Final Wicket as ... Read full review

Born in 1953, Nigel McCrery travelled extensively during his childhood as his father was in the RAF. They settled in Nottingham.

He served in the Nottinghamshire Constabulary between 1978 and 1987. He then read History at Trinity College, Cambridge and joined the BBC graduate entry course. He has written or been responsible for a number of highly successful BBC series and films including Silent Witness, New Tricks and All The Kings Men. He has written over a dozen novels. Into Touch - Rugby Players Killed in The Great War, Final Wicket - Cricketers Killed in The Great War , The Coming Storm – Test and First Class Cricketers Killed in World War Two and The Extinguished Flame - Olympians Killed in the Great War are in print with Pen & Sword Military. 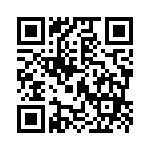