This is a very absorbing account of the Liberal Democrat side of the Coalition government that ruled the UK from 2010-15. Laws was very briefly Chief Secretary to the Treasury for the first two weeks ... Read full review 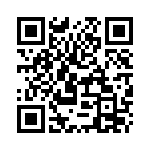