Jerry Brotton is a professor of Renaissance studies at Queen Mary University of London. A renowned broadcaster and critic, he is the author of Global Interests: Renaissance Art Between East and West (with Lisa Jardine), The Renaissance Bazaar, The Sale of the Late King's Goods (short-listed for the Samuel Johnson Prize and the Hessell-Tiltman Prize), Great Maps, and The New York Times bestselling, award-winning A History of the World in Twelve Maps, which has been translated into eleven languages. His most recent book, published as The Sultan and the Queen in the US (and This Orient Isle in the UK), tells the fascinated story of Queen Elizabeth's outreach to the Ottoman Sultan and to Muslim rulers in Iran and Morocco, which began shortly after she was excommunicated by the Pope and most of Europe's markets were closed to her Protestant and Jewish merchants. It describes the birth of the joint stock company, and how trade with the east formed the basis for the future British empire. 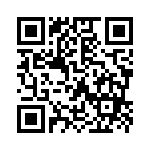