Vladimir Zatsiorsky, PhD, is a professor of kinesiology at Penn State University in State College, Pennsylvania. A strength and conditioning consultant for Olympic teams from the former Soviet Union for 26 years, Zatsiorsky has trained hundreds of world-class athletes. He has also authored or coauthored 15 books and more than 350 scientific papers. His books have been published in several languages, including English, Russian, German, Spanish, Chinese, Japanese, Portuguese, Italian, Polish, Czech, Rumanian, Serbo-Croatian, Hungarian, Bulgarian. He has received honorary doctoral degrees from universities in Poland and Russia and is an honorary member of the International Association of Sport Kinetics. In his spare time, he enjoys reading, listening to classical music, and exercising.

Kraemer held multiple appointments at Pennsylvania State University, where he was professor of applied physiology, director of research in the Center for Sports Medicine, associate director of the Center for Cell Research, and faculty member in the kinesiology department and the Noll Physiological Research Center.

Kraemer has served on the Sports Medicine Committee for the United States Weightlifting Federation and on the Sport Science and Technology Committee for the United States Olympic Committee. He received the Provost's Research Excellence Award from the University of Connecticut in 2005 and National Strength and Conditioning Association Lifetime Achievement Award for bringing science into the development of strength and conditioning programs.

He is editor in chief of the Journal of Strength and Conditioning Research, an associate editor of Medicine and Science in Sports and Exercise, and an editorial board member of the Journal of Applied Physiology. A former junior high and college coach, Kraemer has coauthored many books and articles on strength training for athletes. 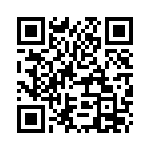