Page 66
Anyone claiming to be entitled to share in the estate of the above-named
deceased persons should forthwith apply to the Treasury Solicitor (E), Storey's
Gate, St. James's Park, S.W. 1. Clarke (William Henry), who died Oct. 17, 1921.
Under an ...
Page 84
34, an inquiry is directed as to who, upon the death of Alice Glennan, became
beneficially entitled to any personal estate of hers as to which she died intestate,
and, if any have since died, who are their legal personal representatives.
Persons ...
Page 319
The Court of Appeal, affirming the decisions of Mr. Justice Bigham, and the
learned registrar, held that the plaintiff was entitled to have the costs of the
reference on the High Court scale. And a submission to pay costs under an
award does not ... 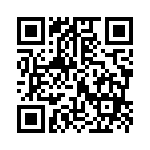