Linda L. Layne is Alma and H. Erwin Hale Teaching Professor of Humanities and Social Sciences in the Department of Science and Technology Studies at Rensselaer Polytechnic Institute. 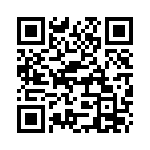