First off, I love Radiohead, and their album OK Computer is, without a doubt, one of the most important, if not the most important, album of the past 20 years (1989-2009). I enjoy listening to it, and, even though I was only two when it was released all the way back in 1997, I feel the message it conveys, and a connection. After all, I am a child of the 2000's, which this album (as well as Radiohead's slightly-lesser follow-up Kid A), I feel, is a foreshadowing of that hellish decade, in which Bush wasted lives in a senseless war, our hopes came down with the World Trade Center's twin towers, and our economy faltered. Thank God for Obama. But let's not get political. Music is supposed to be an escape from our world.
Often, I head on over to Wikipedia to read up on the recording and production of my favorite albums(The Dark Side of the Moon, this album, Sgt. Pepper's Lonely Hearts Club Band, Led Zeppelin II, and Pet Sounds). But, a ten-page article is not enough to explain the recording process, production, or artistic value. Besides, even though I love technical jargon (I'm a nerd), I would like to see a more in-depth review of how this album was created, how it impacted the world, and how it changed music. The stuff about mixing, mastering, etc.: not so relevant (I still enjoy reading that stuff though).
Dai Griffiths' book manages to find a perfect balance between technical jargon and artistic history. OK Computer is a work of art as well as an album, so, if you want to understand how its musical arrangements evoke emotions, as well as how the band managed to avoid 'seperation' and record this in a small country house in England, I would wholeheartedly recommend this book.
But, of course, actually listening to OK Computer (great title) is a more fulfilling experience.

Griffiths provides a quite interesting reading of "Ok Computer" and also predicts the future of Radiohead with surprising accuracy (pretty much said that the group would use a revolutionary tactic to ... Read full review

Dai Griffiths is Head of the Department of Music at Oxford Brookes University. 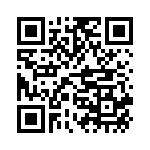