Re-comprehend Culture-Genetics...:
2013 NEWS?A.
15 MAY 2013 | EVOLUTION
Fossils May Pinpoint Critical Split Between Apes and Monkeys
Key evolutionary event eventually gave rise to human beings
http://news.sciencemag.org/sciencenow/2013/05/new-fossils-provide-earliest-gli.html?ref=em
Tamed fox shows domestication's effects on the brain http://www.sciencenews.org/view/generic/id/350422/description/Tamed_fox_shows_domestications_effects_on_the_brain
B.
What’s Wrong With The Editors Of Sciencemag/Sciencenews?
When will they be allowed to read Pavlov and Darwin and comprehend that genetics is the progeny of culture?
Seed of Human-Chimp Genomes Diversity
http://universe-life.com/2011/07/10/seed-of-human-chimp-genomes-diversity/
2 Nov,2005 Dov, in biologicalEvolution forum.
Biological Evolution’s Seeds of Diversity, Human and Chimpanzee/Bonobo Genomes.
Chapter One, In which some wonder what made us human.
Three recent quotations from Science, representative of many other recent similar statements in various scientific publications:
A) “Understanding the genetic basis of how genotype generates phenotype will require increasing the accuracy and completeness of the currently available chimpanzee genome sequence, as well as sequencing other primate genomes.”
B)”Can we now provide a DNA-based answer to the fascinating and fundamental question, “What makes us human?” Not at all! Comparison of the human and chimpanzee genomes has not yet offered any major insights into the genetic elements that underlie bipedal locomotion, big brain, linguistic abilities, elaborated abstract thought, or any other unique aspect of the human phenome.”
C)”What makes us human? This question may be answered by comparison of human and chimpanzee genomes and phenomes, and ultimately those of other primates. To this end, we need to understand how genotype generates phenotype, and how this process is influenced by the physical, biological, and cultural environment.”
Chapter Two, In which is explained plainly and succinctly the obvious route by which we evolved, i.e. that genotype has not generated phenotype, that we evolved from our genotype via a group of feedback loops.
From Science, Vol 308, Issue 5728, 1563-1565 , 10 June 2005, Immunology: Opposites Attract in Differentiating T Cells, Mark Bix, Sunhwa Kim,Anjana Rao: “During differentiation, precursor cells with progressively narrowed potential give rise to progeny cells that adopt one of two (or more) divergent cell fates. This choice is influenced by intricate regulatory networks acting at multiple levels. Early in differentiation, precursor cells show low-level activation of all progeny genetic programs. Bias toward a given lineage comes from environmental inputs that activate powerful positive- and negative- feedback loops, which work in concert to impose selective gene expression patterns”.
Chapter Three, In which we explain the revolutionary evolved uniqueness of the human ape’s phenotype: The 6My-old revolutionary life evolution was initiated by our forefathers who adapted from life in semi- or tropical forest circumstances to life on plains. Changes in living posture and circumstances led to modified perceptive/adaptive experiences and capabilities. Developing employment of tools effected enhanced differentiation of hands from legs and enhanced upstanding posturing. As evolving community culture led to language communication humans have gradually replaced adaptation to changed circumstances with self-evolving cultures/civilizations for control and modification of much of their circumstances. This is essentially similar to early life’s celling evolution, but with culture functioning for humans for change/control of circumstances in lieu of genetic and protein toolings that function for the in-cell genomes for adapting their cell’s physiology to changing circumstances.
Chapter Four, In which appears, may be, genetic evidence/demonstration of the workings of human cultural evolution.
(a) From Science, 2 Sept 2005 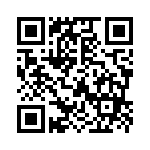