In 1961, Daniel Ellsberg, a consultant to the Department of Defense and the White House, drafted Secretary Robert McNamara's plans for nuclear war. Later he leaked the Pentagon Papers. He lectures and writes on the dangers of the nuclear era and the need for whistle-blowing. A Senior Fellow of the Nuclear Age Peace Foundation, Ellsberg is the author of Secrets and the subject of the Oscar-nominated documentary The Most Dangerous Man in America. He is also a key figure in Steven Spielberg's upcoming film about the Pentagon Papers, The Post, scheduled to be released in December 2017. He lives in Kensington, California, with his wife, Patricia. 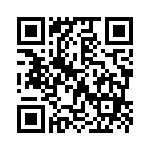