Marvin D'Lugo is Professor of Spanish and Adjunct Professor of Screen Studies at Clark University, Massachusetts where he teaches courses on Spanish and Latin-American cinema. He has published a number of books including Pedro Almodóvar (2006) in the University of Illinois Press’ Contemporary Film Directors series.

Kathleen M. Vernon is Associate Professor of Hispanic Languages and Literatures at the State University of New York at Stony Brook. She is author and editor of numerous studies on Spanish cinema and culture including Post-Franco, Postmodern: The Films of Pedro Almodóvar (1995). 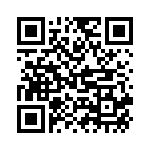