Alison Ravetz is Professor Emeritus of Leeds Metropolitan University, and has written extensively for more than 25 years on the history of housing, cities and planning. 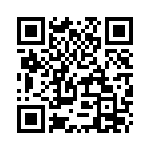