Page 14 - Full face, front view with a plain white or off-white background Between 1 inch and 1 3/8 inches from the bottom of the chin...
Appears in 18 books from 1847-2006
Page 16 - Of my wife I will merely say that she is a perfect paragon of wives — can make puddings and sweets and treacle posset, and is the best woman of business in Eastern Anglia — of my step-daughter — for such she is, though I generally call her daughter, and with good reason, seeing that she has always shown herself a daughter to me — that she has all kinds of good qualities, and several accomplishments, knowing something of conchology, more of botany, drawing capitally in the Dutch style, and...
Appears in 13 books from 1907-2008

Borrow was employed by the (Protestant) Bible Society to distribute bibles in Catholic Spain in 1835. He encountered much opposition and was on one occasion imprisoned for three weeks. The famous account of his experience has little to do with the Bible and much to do with the people, land, and perils of his journey. Borrow is as racy in his descriptions of places as of people. Lavengro (1851) and its sequel, The Romany Rye (1857), are like novels in their interest and excitement. They are stories of gypsies, rich in gypsy lore, superstitions, and customs. Borrow spent many years in close association with Spanish gypsies and translated the Gospel of St. Luke into their language. His linguistic abilities were remarkable; he gives much space to word derivations, particularly in Lavengro. His books abound in pugnacious passages; his attacks on Sir Walter Scott (see Vol. 1), on prizefighters, and on "papists" are indicative of some of his sharp prejudices. He wrote marvelously, however, and those who admire him are devotees for life. 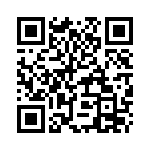