Mark Harris graduated from Yale University in 1985 with a degree in English. In 1989, he joined the staff of Entertainment Weekly, a magazine published by Time Inc. covering movies, television, music, video and books. Mark worked on the staff of the magazine, first as a writer and eventually as the editor overseeing all movie coverage, from its launch in early 1990 until 2006. He now writes a column for the magazine called The Final Cut. He lives in New York City with his partner, the playwright Tony Kushner. 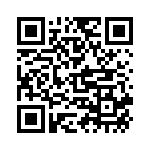