Read the first 46 free preview pages, It's like advertising Shaolin but not teaching anything.

So awesome, think I've fallen asleep and woken up, still reading. Can't put this book down. Amazing story, much respect and love, amitoufu.

SIFU SHI YAN MING, a 34th-generation Shaolin Warrior monk, is respected not only in the martial arts world but also in the entertainment world by stars like Jet Li, Jackie Chan, Wesley Snipes, and the Wu-Tang clan. His kung fu classes have been featured in USA Today, the New York Times, New York Daily News, and Entertainment Weekly. Brian Gray of Inside Kung Fu magazine has called him a "living treasure of China." He lives in New York City. 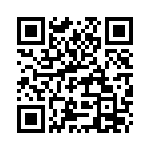