A few months after her twenty-first birthday and shortly after graduating with an unmarketable degree in modern European history, Sophia Erickson was waiting tables in rural Massachusetts and contemplating years of student loan servitude. After a chance email exchange with an old friend, she bought a one-way ticket to Beijing. The China Option explores her experiences in China over the following two years as she learned to maneuver around Asia, went through various jobs in Beijing, and discovered the rich rewards China offers those willing to take the plunge. Her work experience in China ranged from teaching at China’s top-ranked Tsinghua University to working for a drone company to judging a talent show on China’s national broadcasting channel. She also traveled extensively throughout Asia and learned the ins-and-outs of finding happiness and fulfillment in China. An honors graduate of Oxford University and Phillips Academy, Sophia now lives and works in the Middle East. 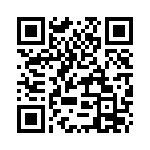