BETTING ON FAMINE: Why the World Still Goes Hungry

Ziegler (co-author: The Fight for the Right to Food, 2011, etc.), the former U.N. Special Rapporteur on the Right to Food (2000-2008), points to the principles of the Atlantic Charter and Franklin ... Read full review

From 2000 to 2008 Jean Ziegler was the UN Special Rapporteur on the Right to Food. Formerly a member of the Swiss Parliament, Ziegler is the author of numerous books, including The Swiss, the Gold and the Dead, which details the role of Swiss banks in illegally holding the dormant bank accounts of Jewish victims of the Holocaust. He lives in Switzerland. Christopher Caines is the translator of World War II: The Unseen Visual History (The New Press). His original essays have appeared in several periodicals; scholarly reference works; and anthologies, including Reading Dance. Caines lives in New York City. 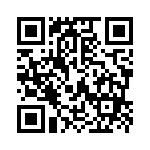