John Thomas Noonan Jr. was born in Boston, Massachusetts on October 24, 1926. He received a bachelor's degree in English from Harvard University. He studied at St. John's College at the University of Cambridge. He received a master's degree and a doctorate in philosophy from the Catholic University of America in Washington and a law degree from Harvard Law School. After law school, he worked for President Dwight D. Eisenhower's national security adviser, defeated Michael S. Dukakis for a seat on the Brookline, Massachusetts Redevelopment Authority, and joined his father's Boston law firm. In 1961, he taught law at the University of Notre Dame. In 1966, he joined the faculty of the University of California, Berkeley, Boalt Hall School of Law, where he taught until he was appointed a judge. He was appointed to the appeals court in San Francisco in 1985 by President Ronald Reagan. He sat on the federal bench through December 2016. He wrote several books during his lifetime including Contraception: A History of Its Treatment by the Catholic Theologians and Canonists, Persons and Masks of the Law, Bribes, The Responsible Judge: Readings in Judicial Ethics, The Lustre of Our Country: The American Experience of Religious Freedom, and Narrowing the Nation's Power: The Supreme Court Sides with the States. He died from heart failure on April 17, 2017 at the age of 90. 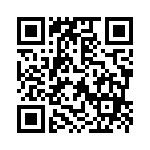