Charles Parker is Professor of History at St Louis University. He has published extensively on the religious and cultural history of early modern Europe, with a focus on the Low Countries. His books include Faith on the Margins: Catholics and Catholicism in the Dutch Golden Age (2008), The Reformation of Community: Social Welfare and Calvinist Charity in Holland, 1572–1620 (2006), and a co-edited volume, From the Middle Ages to Modernity: Individual and Community in the Early Modern World (2008). His articles and essays have appeared in the Journal of World History, The Sixteenth Century Journal, The Journal of Ecclesiastical History, the Journal of Religious History, and the Journal of Early Modern History. 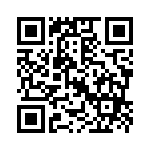