Page 129
CHAPTER 13 The Battle of Qokli hill AN S Shaka had forescen , Nomahlanjana
detached four regiments , a third of his forces , in pursuit of the Zulu cattle and
their escort over the Tonjaneni Heights , while the rest of his Ndwandwes crossed
...
Page 140
semi - circle of their warriors in the position they occupied at the base of the hill ,
they withdrew the northern one , and massed it around Nomahlanjana's tree .
The latter had begun the battle with eight , more or less , full regiments — say
about ...
Page 146
And now all the flectest warriors were sent after the cattle , and the others , chicfly
the lightly wounded , after a good long drink at the Mhodi stream , returned with
Shaka to bloodstained Qokli hill , where they arrived as the sun was setting — as
... 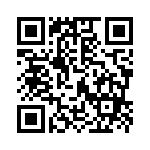