Ernst Federn, youngest son of eminent psychoanalyst Paul Federn, originally studied law, economics and history at the University of Vienna. His opposition to the rise of fascism in Austria during the 1930s led to his imprisonment for one year and, subsequently, to seven years internment in the concentration camps of Dachau and Buchenwald. In 1948 he settled in the United States, studying social work at Columbia University and training in psychoanalysis. At the request of the Austrian Federal Ministry of Justice he returned to Vienna in 1972 to act as a consultant in Social Therapy attached to the correctional system. After his retirement in 1988 he worked as a lecturer, writer and supervisor. Among Ernst Federn's publications are 'The Minutes of Vienna Psychoanalytic Society, 1906-1918', jointly edited with Herman Nunberg, and a collection of his father Paul Federn's papers, 'Ego Psychology and the Psychoses', co-edited with Eduardo Weiss. 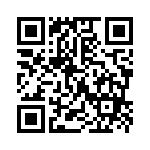