G. W. S. Barrow was Sir William Fraser Professor of Scottish History and Palaeography, University of Edinburgh, 1979-92. His books include Feudal Britain (London, 1956); Robert Bruce and the Community of the Realm of Scotland (4th edition, Edinburgh, 2005); The Anglo-Norman Era in Scottish History (Oxford, 1980 - his Ford lectures); Scotland and its Neighbours in the Middle Ages (London, 1992); and The Kingdom of the Scots (2nd edition, Edinburgh, 2003). 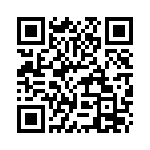