Andrew was born as his parents fled the late 1956 Hungarian uprising. They settled in France, though they were on the global expatriate circuit throughout his youth. He settled in Calgary for twenty years, during which he became a computer geologist and married his first wife. With his second wife he moved for a decade to the US where their daughter was born, and he travelled worldwide for work. Now settled in Cambridge UK, he also lived in Europe and the Middle-East. 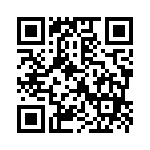