This review will overflow with cliché. Such is the sum of my experience. Fox is a meditation on silence. Coetzee explores the natural aspects of such. The sea and wilderness yield no ready wisdom ... Read full review

A fascinating look at storytelling--approached through another author's story. Coetzee introduces Susan Barton, lately a female castaway, as she approaches the author Foe to tell the story of herself ... Read full review

J.M. Coetzee's full name is John Michael Coetzee. Born in Cape Town, South Africa, in 1940, Coetzee is a writer and critic who uses the political situation in his homeland as a backdrop for many of his novels. Coetzee published his first work of fiction, Dusklands, in 1974. Another book, Boyhood, loosely chronicles an unhappy time in Coetzee's childhood when his family moved from Cape Town to the more remote and unenlightened city of Worcester. Other Coetzee novels are In the Heart of the Country and Waiting for the Barbarians. Coetzee's critical works include White Writing and Giving Offense: Essays on Censorship. Coetzee is a two-time recipient of the Booker Prize and in 2003, he won the Nobel Literature Award. 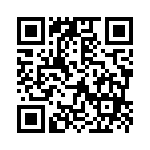