Page 126
And we learn of “Papa Cabet '' that he “has limitations.” Herr Grün set him
problems, and Cabet confessed that he had not exactly been able to fathom them
. I [Grün] had long observed this ; and that of course meant an end of everything,
...
Page 167
After the passages given above, Cabet investigates Greek and Roman history,
takes the evidence of Christianity, of Neo-Platonism, of the Fathers of the Church,
of the Middle Ages, of the Reformation and of philosophy during the period of its ...
Page 172
Cabet names the titles of the writings of Rousseau from which he quotes, Herr
Grün suppresses them. The explanation of these tactics is, perhaps, that Cabet is
speaking of a Political Economy, which Herr Grün does not know, even from an ... 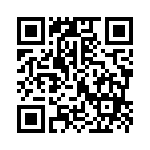