Page 190
You have reached your viewing limit for this book.

Page 195 - O'er all there hung a shadow and a fear ; A sense of mystery the spirit daunted, And said, as plain as whisper in the ear, The place is Haunted!
Appears in 306 books from 1831-2008
Page 187 - Erin, my country! though sad and forsaken, In dreams I revisit thy sea-beaten shore; But , alas ! in a far foreign land I awaken, And sigh for the friends who can meet me no more!
Appears in 181 books from 1803-2006
More
Page 19 - He moved among them freely, going from one to another and peering into their faces with childish curiosity. All their faces were singularly white and many were streaked and gouted with red. Something in this — something too, perhaps, in their grotesque attitudes and movements — reminded him of the painted clown whom he had seen last summer in the circus, and he laughed as he watched them. But on and ever on they crept, these maimed and bleeding men, as heedless as he of the dramatic contrast...
Appears in 41 books from 1909-2008
Page 188 - Old Law did save, And such as yet once more I trust to have Full sight of her in Heaven without restraint, Came vested all in white, pure as her mind. Her face was veiled ; yet to my fancied sight Love, sweetness, goodness, in her person shined So clear as in no face with more delight. But, oh ! as to embrace me she inclined, I waked, she fled, and day brought back my night.
Appears in 350 books from 1806-2008
Page 186 - It shall even be as when a hungry man dreameth, and behold, he eateth ; but he awaketh, and his soul is empty: or as when a thirsty man dreameth, and behold, he drinketh ; but he awaketh, and behold, he is faint, and his soul hath appetite : so shall the multitude of all the nations be, that fight against mount Zion.
Appears in 462 books from 1706-2008
Page 15 - It looked like diamonds, rubies, emeralds; he could think of nothing beautiful which it did not resemble. The trees upon the bank were giant garden plants; he noted a definite order in their arrangement, inhaled the fragrance of their blooms. A strange, roseate light shone through the spaces among their trunks and the wind made in their branches the music of /Eolian harps.
Appears in 90 books from 1906-2008
Page 15 - The cannon had taken a hand in the game. As he shook his head free from the commotion of the smitten water he heard the deflected shot humming through the air ahead, and in an instant it was cracking and smashing the branches in the forest beyond. 'They will not do that again,' he thought; 'the next time they will use a charge of grape.
Appears in 84 books from 1906-2008
Page 186 - Be not afeard ; the isle is full of noises, Sounds and sweet airs, that give delight and hurt not. Sometimes a thousand twangling instruments Will hum about mine ears, and sometimes voices That, if I then had...
Appears in 676 books from 1808-2008
Page 8 - A horse. It was standing on yonder rock — pretty far out. You see it is no longer there. It went over the cliff.
Appears in 49 books from 1896-2008
Page 12 - Creek bridge, put it in order and built a stockade on the north bank. The commandant has issued an order, which is posted everywhere, declaring that any civilian caught interfering with the railroad, its bridges, tunnels or trains will be summarily hanged. I saw the order.
Appears in 81 books from 1906-2008
Less

Ambrose Bierce was a brilliant, bitter, and cynical journalist. He is also the author of several collections of ironic epigrams and at least one powerful story, "An Occurrence at Owl Creek Bridge." Bierce was born in Ohio, where he had an unhappy childhood. He served in the Union army during the Civil War. Following the war, he moved to San Francisco, where he worked as a columnist for the newspaper the Examiner, for which he wrote a number of satirical sketches. Bierce wrote a number of horror stories, some poetry, and countless essays. He is best known, however, for The Cynic's Word Book (1906), retitled The Devil's Dictionary in 1911, a collection of such cynical definitions as "Marriage: the state or condition of a community consisting of a master, a mistress, and two slaves, making in all, two." Bierce's own marriage ended in divorce, and his life ended mysteriously. In 1913, he went to Mexico and vanished, presumably killed in the Mexican revolution. 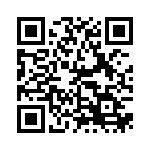