Lois Burdett's success in introducing Shakespeare to children is reflected in her growing international reputation. Her books and workshops for teachers have captured the attention and imagination of parents, educators, and lovers of Shakespeare around the world, including the American National Council of Teachers of English and the International Reading Association. Among other commendations, Lois Burdett has received Encyclopedia Britannica's National Award for Early Childhood Education, Canada's Meritorious Service Medal, the Canadian Teachers' Federation's Hilroy Fellowship, and two writers' awards. Burdett's many speaking engagements have included the International Reading Association and the National Council of Teachers of English. Her books, magazine articles, presentations and media interviews are testimony to her strong influence in the education community, where she has also been instrumental in helping teachers to incorporate Shakespeare into early grade curricula.

Christine Coburn is originally from the United Kingdom. She emigrated to Canada and eventually moved to Stratford, Ontario. She is the mother of four children, all were students of Hamlet Elementary School. 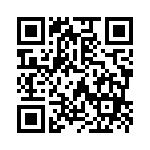