DICK PENNER is a Professor of English at the University of Tennessee. He has written Fiction of the Absurd, Alan Sillitoe, and numerous articles. 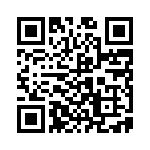