Steve Silberman worked as an editor and writer for Wired magazine for 14 years. His articles have appeared in several publications including the New Yorker, the MIT Technology Review, Nature, Salon, Shambhala Sun, and Time. In 2010, he received the Kavli Science Journalism Award for Magazine Writing. In 2011, Silberman's twitter account made the list of Time magazine's best twitter feeds. His TED talk, The Forgotten History of Autism, has been viewed more than 800,000 times and has been translated into 13 languages. His book, NeuroTribes: The Legacy of Autism and How to Think Smarter about People Who Think Differently, won the Samuel Johnson Prize in 2015. 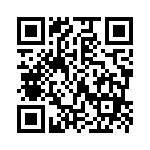