Andrea Teti is Senior Lecturer at the University of Aberdeen, UK, and Co-Director of the Centre for Global Security and Governance. His current research focuses on the politics of democracy promotion, EU-Middle East relations, Egyptian politics, and political theory. He was Scientific Lead for the Arab Transformations project.

Pamela Abbott is Director of the Centre for Global Development and Professor in the School of Education at the University of Aberdeen, UK. Her current research focuses on socio-economic development and political and social transformations in the Arab world. She was a senior investigator on the Arab Transformations Project. She was elected a Fellow of the Academy of Social Sciences in 2001. 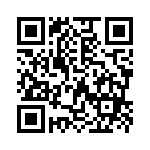