I have first edition, google has 2nd edition, but the year is of 1st edition?

Olav Kallenberg received his Ph.D. in 1972 from Chalmers University in Gothenburg, Sweden. After teaching for many years at Swedish universities, he moved in 1985 to the US, where he is currently Professor of Mathematics at Auburn University. He is well known for his previous books Random Measures (4th edition, 1986) and Foundations of Modern Probability (2nd edition, 2002) and for numerous research papers in all areas of probability. In 1977, he was the second recipient ever of the prestigious Rollo Davidson Prize from Cambridge University. In 1991a "94, he served as the Editor in Chief of Probability Theory and Related Fields. Professor Kallenberg is an elected fellow of the Institute of Mathematical Statistics. 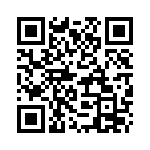