Louise Foxcroft has a PhD in the History of Medicine from the University of Cambridge. Her first book, The Making of Addiction: The 'use and abuse' of opium in nineteenth-century Britain, was published by Ashgate. She writes for the Guardian and the London Review of Books and is a Non-Alcoholic Trustee on the General Service Board of Alcoholics Anonymous, working on AA literature and archive materials. 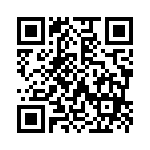