If the name Steven Roger Fischer sounds vaguely familiar, he's the guy who (claims to have) deciphered Rongo Rongo and the Phaistos Disk. Be that as it may, he's clearly a smart guy who knows ... Read full review

For other reviews and recommendations visit silashruparell.com
My one liner: Linguistics for the layman. Families, lineages, and some syntax and grammar deconstruction to show us how the principal language groups have evolved. And some crystal-ball gazing on the future of world languages. Readable and Browsable.
I have always thought that learning a language, writing a good computer programme, and drafting a good contract involve essentially the same discipline (I suspect writing a musical score requires some of the same skills but I don’t know – can anyone enlighten me ?). Steven Roger Fischer takes the evolving and increasingly technical discipline of linguistics and language evolution, and gives us a quick tour in the History of Language.
First off, a small gripe. Split infinitives may or may not annoy people: linguistic conservatives want to preserve the “grammatical rule” that one should not put an adverb in between the two parts of an English infinitive. They would turn Star Trek’s “To Boldly Go” into “Boldly To Go.” And that, Mr Fischer, is the standard refutation that British children are taught in schools regarding the split infinitive rule. Churchill’s famous hypercorrective quip (“This is the sort of English up with which I will not put”), to which you refer (or should that be: “which you refer to” ? J ) is a clever refutation of another so-called grammar rule, but it’s not the split infinitive one, OK ? Right, rant over (though it does make one wonder whether there are any other errors in this book). The book is otherwise fascinating.
It has only been in the twentieth century that Western linguists were able to elucidate the principles of phonemics. But we find out in the History of Language that India’s earliest Sanskrit scholars had already developed the dvhani-sphota relationship in the first half of the millenium. Utterance was the dhvani; permanent linguistic substance, unuttered, was the sphota. Teaching us that language rules are inextricably linked to the philosophy, culture and religion of a society (the Hindu Vedas distinguish between word forms that are written, unwritten, and incapable of being written).
And just as amazingly these scholars adopted a highly efficient and systematic approach to documenting their grammatical forms that any proponent today of efficient computer coding would be proud of:
“Ancient Indian scholars appear to have been obsessed with grammar, seeking to state all rules in the most economical prioritized set: one commentator noted that saving half the length of a short vowel while positing a rule of grammar was ‘equal in importance to the birth of a son’. Word formation rules, applied in a strict set in aphoristic sutras, take precedence; in contrast, Sanskrit’s phonetic and grammatical description is almost wholly assumed.”
Through the study of linguistics valuable insights can be gained into the relationships between people of different regions that disciplines such as genetics are only today discovering. Take for example the recent genetic “discovery” that Y polymorphisms (extremely rare male genetic mutations), are relatively common both in Asian and Finnish populations. This would not be surprising to a scholar of the Finnish language. Since he will tell you that speakers of the Uralic languages in North-Eastern Asia becamce divided into two language families: Samoyed and Finno-Ugric (as an aside, Finno-Ugric is the source language for both Finnish (Finland) and Magyar (Hungary)).
We learn how the discipline of modern linguistics was developed, particularly by scholars in the 19th Century. Franz Bopp (1791-1867) conducted a comparative study of the verbal forms in Sanskrit, Latin, Greek and the Germanic languages, and in particular...
[google's word limit reached]
Read the rest of the review here:
http://www.silashruparell.com/1/post/2012/08/steven-roger-fischer-a-history-of-language-1999.html

Steven Roger Fischer is Director of the Institute of Polynesian Languages and Literatures in Auckland, New Zealand. He is the author of Glyph-breaker (1997). A History of Language is part of Fischer’s trilogy for Reaktion, which also includes A History of Writing and A History of Reading. 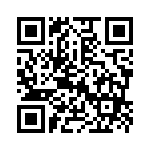