Full of fascinating tidbits and cute illustrations, this is a rollicking introduction to the individual elements and thier physics. While well-written and fairly clear, the visual material leaves ... Read full review

Dr Ben Still is a Physicist at the University of London. Alongside his research career Ben has been an advocate of new methods of communicating physics. He has worked with artists, designers, and illustrators to show complex physics research topics in a new light. Ben also teaches Science in schools and develops innovative methods of classroom teaching. For his contribution to science communication Ben has been presented with multiple national awards.

Following a childhood interest Ben went to Leicester to read for a masters in Physics with Space Science and Technology. During the course his attention was instead drawn to the world of particle physics. Ben went on to the University of Sheffield where he gained a PhD in experimental particle physics. Ben then continued his career as a physicist as a Research Associate at Queen Mary University of London where he is now an Honorary Research Fellow. 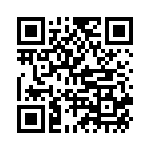