I just cried. My late father Philip Wallick was mentioned along with the great work happening in NYC. Though this book of course has a certain theme and my dad is but a blip, I would encourage the author to TRY to get her hands on the 1969 Plan for New York City. A masterpiece of text, exquisite B&W photos by the reknowned Charles Harbutt, maps, and so much more. Thanks for this. I wish I had known about it so I could have shown my dad. Gratefully, Jennifer Wallick

Jennifer S. Light is an associate professor of communication studies, history, and sociology at Northwestern University. 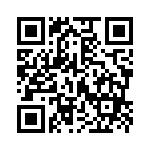