Alistair Moffat was born in Kelso, Scotland in 1950. He is an award winning Writer, Historian and former Director of the Edinburgh Festival Fringe and Director of Programmes at Scottish Television. He is the founder of Borders Book Festival and Co-Chairman of The Great Tapestry Of Scotland.Andrew Crummy began his professional career in London, where he contributed to a wide range of publications, including NME, The Observer and Timeout. A series of large-scale murals for Midland Bank developed into an interest for artworks in public and community settings, and he has been involved with many such projects around the world. He continues with this work as well as undertaking book illustration, and painting skyscapes and portraits. 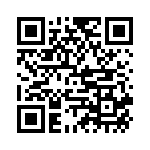