Page 562
On his part , this action was The Spanish Scene not surprising , seeing that the Commintern in Spain had been the main helper of his enemies , and without the Germans present on Spanish soil this declaration would mean little .
Page 563
General Krivitsky is the only survivor , outside Russia , of the group of officials who , carrying out Stalin's orders , directed Soviet internationalism in Spain , and his story is of deep interest .
Page 564
On Friday , August 28 , 1936 , Stalin issued a decree forbidding “ the export , re - export or transit to Spain of all kinds of arms , munitions , war materials , aeroplanes and warships . ” But at the same time he called together the ... 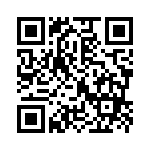