Peter Willetts is a reader in international relations at City University in London. 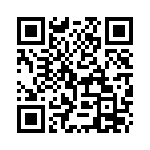