Judith P. Hallett (Ph.D. Harvard University) is Professor of Classics, University of Maryland, College Park. Other publications by Hallett include: "Roman Sexualities" (co-editor, 1997), "Compromising Traditions: The Personal Voice in Classical Scholarship" (1996), and "Fathers and Daughters in Roman Society: Women and the Elite Family" (1984).

THOMAS VAN NORTWICK is Nathan A. Greenberg Professor of Classics at Oberlin College, where he has taught since 1974. He holds a B.A. in History and a Ph.D. in Classics from Stanford University and an M.A. in Classics from Yale University. He has published scholarly articles on Greek and Latin literature, and three books, Somewhere I Have Never Travelled: The Second Self and the Hero's Journey in Ancient Epic, Compromising Traditions: The Personal Voice in Classical Scholarship, and Oedipus: The Meaning of a Masculine Life. He is also a contributing editor of North Dakota Quarterly. 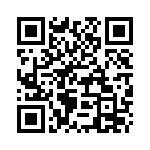