Bertolt Brecht is acknowledged as one of the great dramatists whose plays, work with the Berliner Ensemble and writing have had a considerable influence on the theatre. His landmark plays include The Threepenny Opera and, while exiled from Germany and living in the USA, such masterpieces as Life of Galileo, Mother Courage and Her Children and The Caucasian Chalk Circle.

Mark Ravenhill is one of the most distinctive contemporary UK playwrights. He burst on to the theatre scene in 1996 with the huge hit Shopping and Fucking. He has continued to garner critical acclaim for plays that include Some Explicit Polaroids, Mother Clap's Molly House, Shoot/Get Treasure/Repeat, A Life in Three Acts, and Ten Plagues. He is Writer in Residence at the RSC. 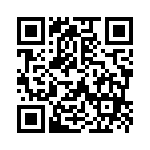