Jeffrey Archer was educated at Oxford University, where as a world-class sprinter he represented Great Britain in international competition. He became the youngest member of the House of Commons in 1969, was appointed Deputy Chairman of the Conservative Party in 1985, and was elevated to the House of Lords in 1992.

All of his novels -- from 1974's Not a Penny More, Not a Penny Less to 1991's As the Crow Flies -- have been international bestsellers. Mr. Archer is married, has two children, and lives in Cambridge, England. 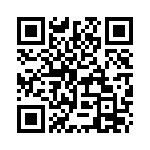