Page 47
(III.2.120) As he says, "tis the mind that makes the body rich' (IV.3.174). A wish to
show Petruchio's kinder side may lie behind an apparent anomaly in the play that
Tillyard has mentioned: 'There is, for instance, the unmotivated appearance of ...
Page 114
At the end, Kent says, 'The wonder is he hath endur'd so long' (V.3.318); "The
oldest hath borne most' (V.3.327), says Edgar;43 the Fool has disappeared from
the tough world in which he, appropriately, for a time saw most clearly. Each of ...
Page 158
Preparing for the meeting of the Senators in the Capitol, two Officers — suitably
intermediate in rank, neither patricians nor plebeians — impersonally weigh the
issues: he is brave, but proud, and loves not the common people, says one; ... 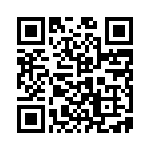