An absolute must-have for anyone pursuing a career as an MMO/PAMO or even suitable for those who have been in the industry for 10+years. The book really reiterates the lifestyle you will have in this line of work, and with full honesty, which alone makes it a selling point, by the end of it you will either be like this is 100% a career for me or you will learn it might not be the right path but either way you will have an answer! The level of detail is second to none, people who have clearly worked out in the field have written this book, not just written by people who sit's at a desk. The detail about the MMO and PAMO operations helps everytime as a refresher before going back out on a project and if in doubt when in the field I always consult my handbook before anything else, and 99% of the time you can guarantee it will be in there!

Erica Morrin is a Marine Science Consultant at OSC. She holds degrees in Marine Mammal Science (MRes, University of St Andrews, UK) and Biology (BSc with Honours, Queen's University, Canada). Ms Morrin is involved with commercial consultancy, and has served Lead (field position) for visual and acoustic surveys of marine mammals worldwide for scientific and commercial contracts. Ms Morrin's research interests are as per OSC's core research topics and her current scientific duties are similar to Ms Gardiner, but include data analysis, and personnel supervision.

Jane Gardiner is a Research Assistant at OSC. She holds degrees in Applied Marine Science (MSc) and Marine Biology (BSc with Honours), both from University of Plymouth. Ms Gardiner is involved with peer-reviewed research publications, and has served Lead (field position) for visual and acoustic surveys of marine mammals worldwide for scientific and commercial contracts. Ms Gardiner's research interests are as per OSC's core research topics and her current scientific duties include fieldwork, literature reviews, social media, and H&S. 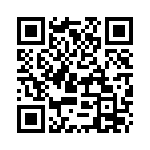